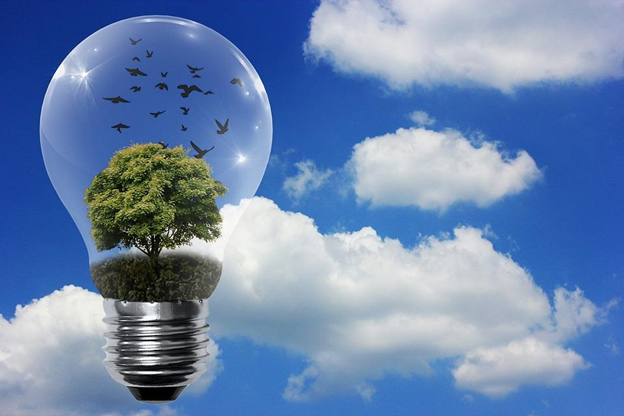 Investors, major operators and energy companies around are intensifying their efforts to identify hydrogen investment opportunities, knowing that hydrogen is set to play a pivotal role in securing the world’s long-term energy future.

Hydrogen is the perfect energy carrier – it is non-polluting and can be extracted from water to and its role in low carbon economies can be a major one.

While the focal point of researchers is towards the generation of hydrogen from renewable energy, the three most mature technologies currently in use are:

The gasification process converts organic materials at high temperatures (usually above 700 °C) without combustion, using a controlled amount of steam and/or oxygen into hydrogen, carbon dioxide, and carbon monoxide. The carbon monoxide proceeds to react with water to create carbon dioxide and more hydrogen through a water-gas shift reaction. To remove the hydrogen from the gas stream, special membranes or adsorbers are deployed.

But first, what is biomass?

Biomass is an organic resource that includes agricultural residues, forest residues, and animal waste. It can be used to generate hydrogen, as well as other products, by gasification.

Biomass, while being viewed as a replacement to coal, does not burn as efficiently as coal and often creates other hydrocarbon compounds. These byproducts will exit the gasifier and harm the environment. An additional process is required to reform these hydrocarbons with catalysts to yield an environmentally friendly syngas mixture of hydrogen, carbon dioxide, and carbon monoxide.

The main technology for the production of hydrogen continues to be coal gasification, for the simple reason that coal is so deeply embedded in energy systems and infrastructure worldwide. The challenge is to harness the power of coal into energy and useful byproducts such as hydrogen.

In the gasification process, coal is reacted with a gasification agent in an endothermic reaction that requires an input of heat to progress. Because the resulting gas is only partially oxidized, it can then be used as a fuel.

Producing hydrogen requires partial oxidation, which is done by introducing air to the coal. This generates carbon dioxide through traditional combustion. It should be noted that excess oxygen is not added otherwise it would completely burn the coal – only enough oxygen is used to generate the heat needed for gasification.

At its core, an electrolyser consumes electricity to perform an electrolytic process using an anode and a cathode to split hydrogen gas and oxygen, with hydrogen as the target. This reaction usually takes place in a unit called an electrolyzer.

These technologies are increasingly popular because they can result in zero-emissions, depending on the source of energy used. Many experts believe that the electrolysis of water can be a truly viable solution over the coming decades  to produce hydrogen sustainably, in a cost-competitive manner and at levels that can meet demand cycles.

While the method sounds straightforward on paper, there are a few challenges that have to be overcome:

Many companies are committed to advancing the technologies and fuel cells to find a cheaper and more efficient means of producing and arguably more importantly, storing hydrogen. Countries around the world are funding further research, with the goal of increasing their clean energy capacity and integrating scalable models of hydrogen production from electrolysis. Countries across Europe such as Germany, The United Kingdom, as well as countries in the southern hemisphere such as Australia.

There is much ground left to cover ground to cover. The world’s majority of hydrogen production comes from fossil fuels, with only 0.7% coming from renewables. The production of hydrogen will become more economical in the years to come, so much so that it is expected to be competitively priced with natural gas by the year 2030.

How To Photograph A Sunset – Bruce Weber Photographer

Document translation near me

Here’s Why You Need a Smart Speaker