The Assistance of Grain Cleaning Equipment

Despite a huge depository of combustible liquids found in the lands of the USA including oil, its economy may boast other perfectly covered sectors as well. The industrial market, high-tech technologies are ideally residing next to agriculture. The latter covers all the domestic needs of the population alongside providing their agriculture outcomes to countries worldwide. How is it all achieved?

Agriculture in the US

The US is a renowned leader when it comes to exporting raw materials. In particular, it concerns food crops where grain, wheat, corn, soybeans are popular. Yet, over the last years, the agriculture sector has been slowed down in development. As of now, it provides the country with 3% of GDP, however, remains important for trading partners.

For example, that 3% is also dictated by the poor interest of the active population in agriculture works. Youngsters are more interested in IT sectors, and sciences with Arts. Until 1950, the US could boast at least 6M farms, while the 1990s already recalculated that number to 2.2M of farms. Yet, the population only doubled. At the same time, there is one more explanation for such a decrease.

Comparing the current development to the previous century, agriculture was promoted among all populations who wanted to feed themselves and others. They were involved in works without any fancy technologies. Nowadays, the situation is different. Only large farms that apply new agriculture technologies may survive and produce even more foods. So, if before one person could provide at least 50 people with food, now with the help of technologies that number has doubled or even tripled compared to third world countries. 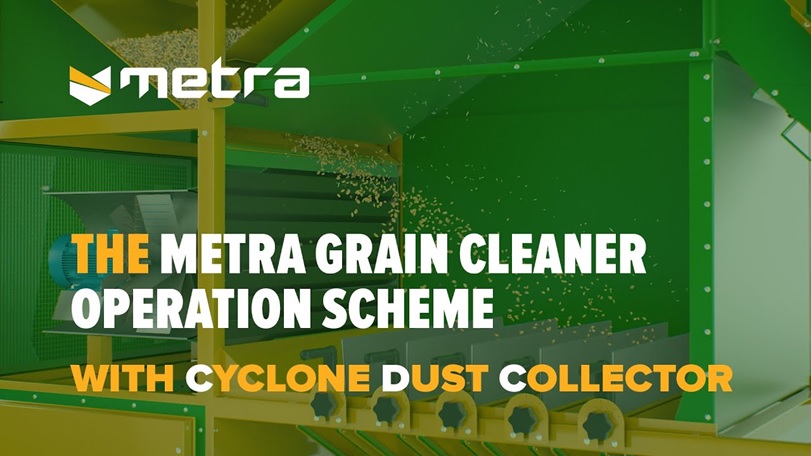 Of course, you may guess that large farms do not gain such popularity or survive in the field because of standard equipment. Not at all, it means they have all the latest technologies which may boost the production of grain. In particular, it concerns grain cleaners.

Grain cleaners are real assistants to the agriculture sector and business. Depending on the manufacturer, such equipment is powered with one or another unique perk. For instance, there might be air and aerodynamic principles involved to separate source materials. In simple terms, a machine can smoothly separate barley from maize, oats from peas among others.

Then, the most important factor is the ease of usage. People who work on farms undergo certain training to comply with the industry standards, however, they run out of time for continuous education. Such grain cleaners are easy to operate.

All in all, they can help with cleaning all types of grain, sorting, grading. Their production varies but is from 147 to 3670 bsh/h on average. As a result, one farm ends up producing and offering to the economy of the country only high-quality seeds that may compete with other countries, or attract more trading partners. Once, the country will cover the needs of all the agricultural farms around its territory with such equipment, the GDP is most likely to increase as well.

What Are The Best Cooking Tools? – Javier Burillo

How To Be Hydrated According To Corporate Sports